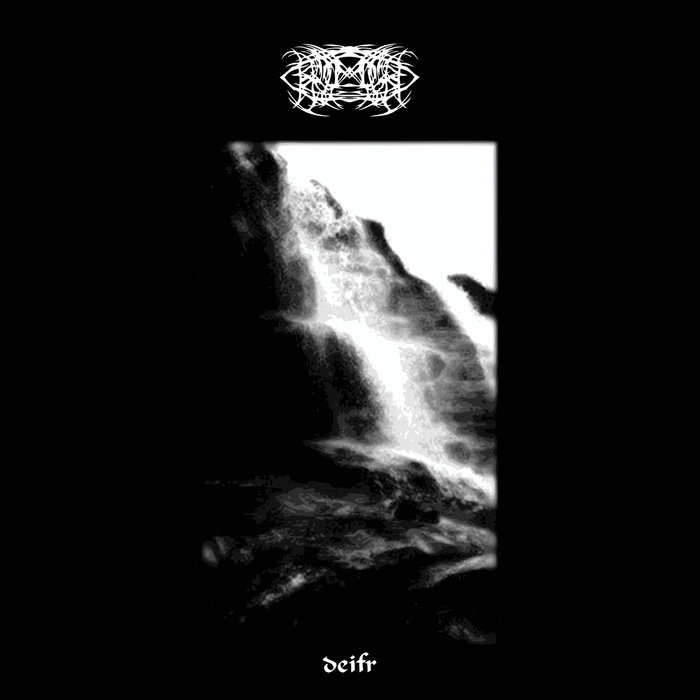 Lyrics on the 'Deifr' EP, which are a blend of original material and early medieval literature, are written exclusively in Old English, Old Norse, and Medieval Latin. 'Deifr', a Brythonic word meaning 'waters', is structured around a motif borrowed from the OIce Laxdœla saga, in which the course of a river flowing down through the Laxardal in north-western Iceland imitates the connection and dissolution of individuals and social groups. In 'Deifr', the river is similarly used to describe the rise and fall of nations and empires.

'Broken Shrines', the first track on this record, opens with samples and a low bass guitar rumble that places the listener somewhere between fire and storm-clouds. The lead guitar theme plays a distinctly 'Celtic' melody in free time. The title and mood of this introduction echo the age-old cry of crumbling civilizations that the gods have deserted us, but only because we have deserted them.

'The Widening Gyre' takes its name from Yeats' poem 'The Second Coming', in which - at the dawn of the twentieth century - he foresaw the close of one chapter of human spiritual history, and the birth of another. The instability of the introduction is supplanted by a mid-paced and driving riff that opens out into a slow and meandering guitar solo. 'The Widening Gyre' alternates between major and minor passages to suggest the steady rise of a nation continually undercut by episodes of regression.

'Decline and Fall', nodding to Gibbon's Roman imperial history, moves largely in steady homophonic blocks, and is intended to mimic the glory of a civilization that, whilst apparently at its peak, stands upon foundations that are already sinking into the waters - here the river is a Tiber or a Thames, the poisoned artery of a great city halfway to ruin.

The rapid pace and polyphonic guitar parts that characterise 'Insurgent Blood' point towards the catastrophic events - wars, plagues, and other natural disasters - that belie a civilization in its death throes. This track takes its name from Irving Layton's poem 'The Birth of Tragedy', a work that approaches the end in a similarly troubled manner. The final lines (translated here from the Old English), are for all and for none, for assailants and defenders: 'with iron in hand, and iron in heart, and iron in mind, sons, brothers, arise, arise'.

The final track of 'Deifr' sees the river of peoples and nations pouring out into open waters. Though mournful, this two guitar interplay nevertheless carries a sense of final rest. Its title comes from the last words of poet Emily Dickinson: 'let us go in; the fog is rising'.

Bandcamp Daily  your guide to the world of Bandcamp

Guest hosted by Tamar Osbourn aka Collocutor and Toshio Matsuura.